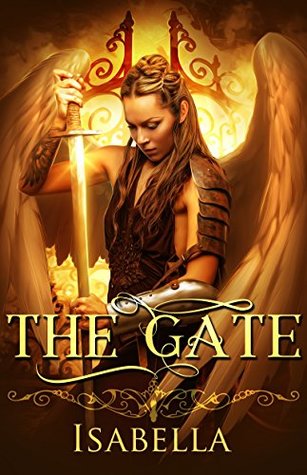 Isabella has imagined a fascinating  Interworld where Paladins and Gatekeepers are involved in a bitter rivalry and some poor souls trapped there are caught in the middle. Harley finds herself struggling to understand her role in all of this and her Protector Dawn is not entirely forthcoming with information. The two women are drawn to each other in a way that tells Harley there is so much more to their relationship- but she can’t remember!

I loved the whole premise of the book and I was learning about the world at the same time as Harley. She had to decide whether she believed in it all and what side she was going to take. The dark side was a scary option  but was she ready for the alternative? Isabella managed to inject a great deal of irreverant humour into her writing which I really appreaciated. I liked the banter between Jack, Harley and Dawn as well as the interaction with Lucius and Allie. The sexual tension between the women was intense but went beyond love or lust. This was a really good story that left me wanting to read more about these characters. I eagerly anticipate the release of the next in the series and highly recommend this first instalment.

I was given this ARC by Sapphire Publishing in return for an honest review.