‘Free to Love’ is a fantastic book, comprising of two linked stories by Ali Spooner and Annette Mori. Set in the 18th century in a time of slavery, it tells of the lives of some amazing women who fought against injustice and for love. In ‘ The Chandler’s Daughter’ by Ali Spooner,  Cecilia works for her family business  in the South and becomes increasingly aware of the appalling treatment of the slaves who are brought in to the harbour nearby. Her lover, Captain Hillary Blythe is equally appalled and vows to do something to help. Their love story was very hot and steamy but with a love that shone through. They are linked to Annette Mori’s story ‘Forbidden Love’ by Captain Blythe’s visit to Antigua and a Mission run by Elizabeth Allen. Elizabeth is a very religious woman and fights against her need to be with the woman she has come to love. Rescued slave Kia becomes everything to her but they risk their lives by being together at such a dangerous time .

I found these stories inspiring and full of love. The historical aspect was fascinating  and I learned so much about the history of slavery and  of the reality of same sex relationships at that time. The characters were wonderfully written and I was completely enthralled. They were strong women who had to fight to be free to love. The people around them were important too and their interactions showed the lengths to which the women were prepared to go for love and justice. The stories blended so well together and I hope that Ms Spooner and Ms Mori decide to collaborate again in the future. I give this book 5 stars and highly recommend it.

Annette Mori has the unique gift of writing unusual and interesting novels dealing with issues rarely discussed by other authors. In ‘The  Dream Catcher’ Heaven struggles to cope with her particular gift of turning her dreams into reality. She is a Dream Weaver and some of the things she dreams up are terrifying. Others are as a result of erotic dreams and rather more fun. When she has the chance of finding a solution to her problems with the help of Maya, a Dream Catcher, things begin to look up. But it’s only the beginning of an adventure involving other women in a similar position to her own – and it’s going to take everything she’s got to survive it. Bipolar women and girls have been targeted and used for nefarious ends by the government.

I liked the whole premise of the story. It was imaginative and unlike anything I’ve read before. We find out what is behind it all at the same Heaven does as it is written in the first person. This really worked well. There were a lot of secrets and by slowly teasing them out it added to the mystery. This was fundamentally about good versus evil but with Annette Mori’s trademark quirky twist. A highly enjoyable read.

Annette Mori has surpassed herself in what I believe is her best book yet. ‘Unconventional Lovers’ is beautifully written, uplifting and sensitively told and had me smiling from ear to ear. There are two love stories in the novel – one slow-burning but ultimately such a satisfying and romantic tale. Olivia and Deb are not on the same page when it comes to making a commitment or even admitting their feelings. I loved how their friendship grew into something I hoped it would. Bri and Siera are two very special young women who find each other unexpectedly and complete the other person. Their relationship was conveyed in such a tender and understanding way that I defy anyone to leave this book without shedding a few tears. I loved it. 5 stars are not enough!

I was given this ARC in return for for an honest review.

‘The Organization’ comprises a group of women intent on punishing some of the evil doers in this world.  By going after sex traffickers and mobsters they try to save some of the young girls whose lives have been ruined.  Val goes undercover as the bodyguard of a Russian mob boss but finds herself attracted to his wife Gina.  Will this affect her mission?  Seemingly tough as nails and relationship-phobic this is the last thing her compatriots expected to happen.

The story is full of tension and intrigue and is one of those books you just don’t want to put down till the end.  And you don’t want it to end either! Mobster Leonid is an evil, repulsive character and I so wanted him to get what he deserved.  There are some light-hearted moments throughout and rather touching and beautifully romantic encounters. A really fantastic read – but what else can you expect from the inspired pairing of Annette Mori and Erin O’Reilly?

I was given this ARC by Affinity ebooks Press in return for an honest review. 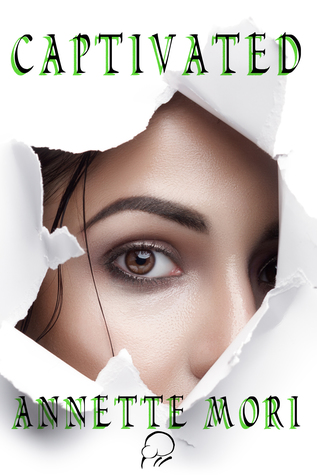 I adored ‘Captivated’, as it was a brilliant combination of humour, mystery and romance. Juliet Lewis was a quirky snooper who found herself in big trouble when her little hobby leads to her seeing something she shouldn’t have. Tanner Sullivan, a cop with something to hide becomes connected to Juliet in a way she didn’t expect. The story was surprising at times and as always Annette Mori made me reconsider my preconceptions. She has the unique gift of writing very unusual characters and allowing the reader to see their humanity. The romantic element of the story was beautifully done. It was funny, very sexy and left me swooning. Another 5 Star story from one of my favourite authors.

I was given this ARC by Affinity eBook Press in return for an honest review. 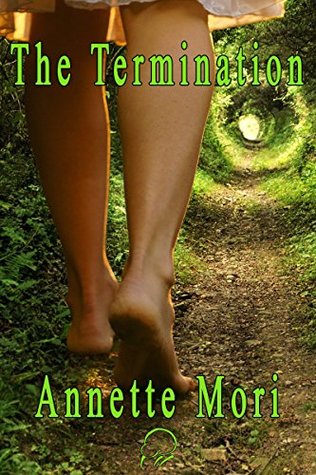 ‘The Termination’ is just wonderful and a book that hits the shelves at just the right time.  Annette Mori has captured the mood of the times perfectly and with great humour and insight.  When Codee bumps her head and wakes up to a world she can’t remember, she finds herself in a situation that at first seems unbelievable.  Her connection to Sawyer, the woman she was meant to terminate, is intense and makes her re-evaluate her priorities. She is part of a group fighting for what is right and she is quite inspirational.  This is a fantastic story, well-written and totally engrossing.  I couldn’t put it down.  It’s about finding the right person and being open to them, about friends being there for each other.  It is ultimately about hope that those trying to destroy everything that is good will not be allowed to succeed.
I was given this ARC by Affinity ebooks Press in return for an honest review. 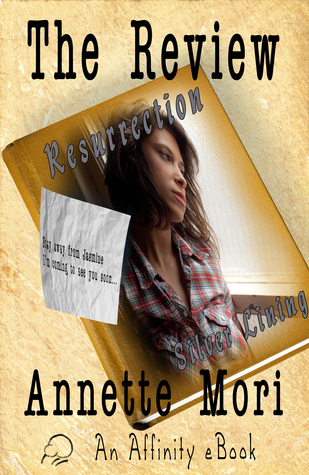 Having read Annette Mori’s work before I had high hopes for this latest book.  The lady does not disappoint.  The Review is a beautifully constructed romance, mystery and character study that had me hooked from page one.  Silver, a lesfic writer, holds a competition where the first person to post a review of her new book gets a home cooked dinner with her.  She knows full well it will be Jasmine, a fan who has been a great help to her as she slowly comes out of the blackness that engulfed her after the death of her wife.  I loved the tentative overtures they made to each other, how they became more to each other.  Silver’s guilt about moving on with her life was truly moving and I could understand her.  Jasmine had a complicated love life to break away from and this caused them problems too.  The lurking menace of a stalker in the background lent a real level of threat to the story and their identity kept me guessing.  The various facets of the story were woven so brilliantly and the romantic element tugged at the heart strings.  A really accomplished novel worth more than 5 stars.